Between Homes: Being an Immigrant in America 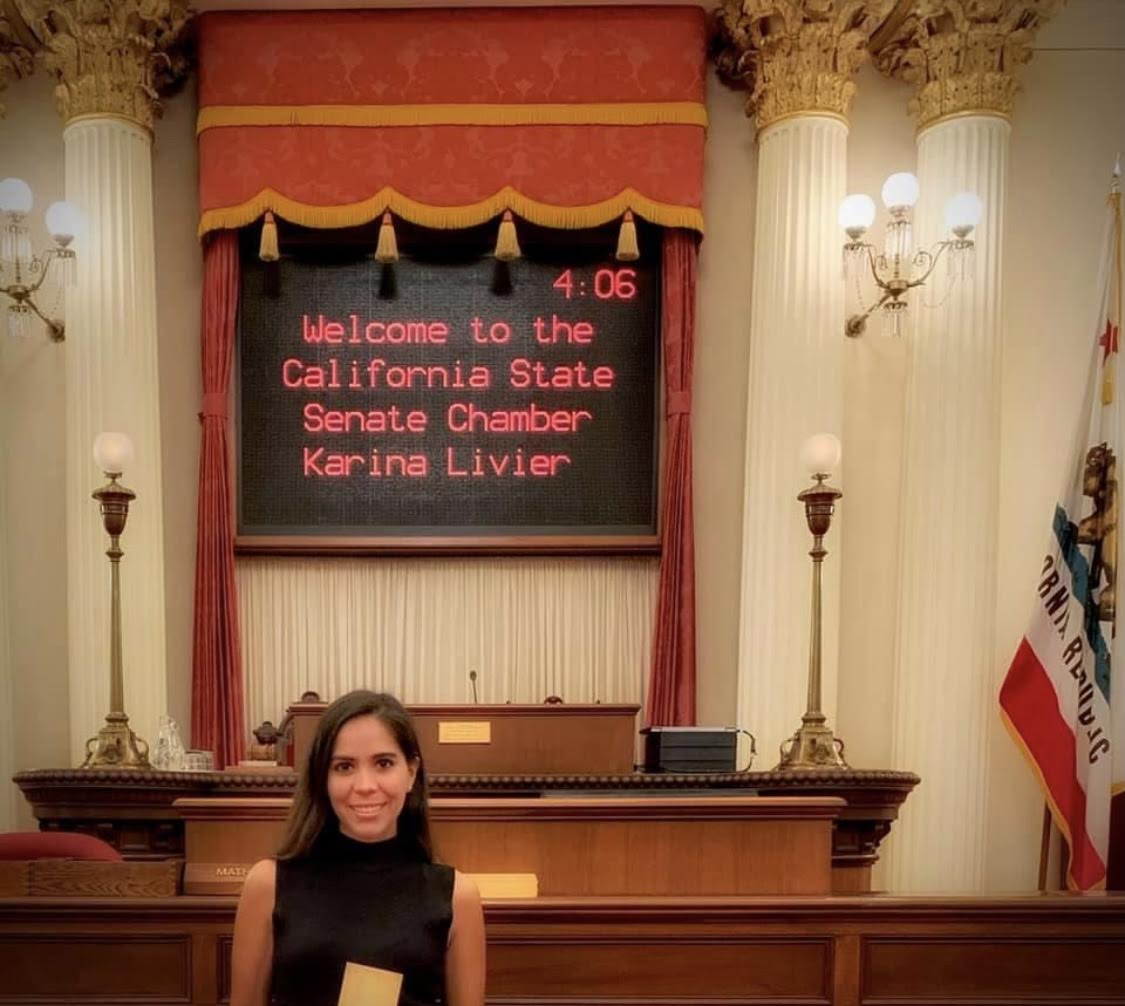 Karina at the California State Capitol.

This year, the White House issued a proclamation establishing June as National Immigrant Heritage Month stating, “Across each generation throughout our history, wave after wave of immigrants have enriched our Nation and made us better, stronger, more innovative, and more prosperous.”

My family has been an ongoing part of these waves; I am a third-generation, Mexican-born immigrant in the United States. My abuelito came to this country in the 1980s. He perfectly manifested both cultures with his outerwear, always sporting khaki pants and a collared shirt with his sombrero and huaraches. He spoke English, although we NEVER heard it in our household. My grandpa spent his elderly years moving back and forth between both countries. He died here – while still waiting for his citizenship application to go through that ‘line’ –  and was transported to be laid to rest next to my grandmother in Mexico.

My mom cruised over in her teens. She was 16 the first time she came and she moved back again when she was 31. I love flipping through pictures of her at California landmarks in full 70s garb. She was always laid back and focused on happiness and comportment over school grades or finances. Every summer she would take me back to her hometown nestled in the Sierra Madre mountain range, and I looked forward to the school year ending so I could experience those small-town freedoms. She made a full move back to our Pueblo Mágico when I graduated high school and now runs a SMOL huaraches boutique.

My citizenship was conferred to me automatically when my mom naturalized. I was lucky that my immigration process was easy – I never had to think about it or the ramifications of not having this opportunity. A U.S. visa allowed me to build a beautiful, bicultural life. I’ve spent over a decade serving immigrant populations and advocating for basic human rights (mobility) and freedoms (like having a driver's license and living without fear of deportation) because it’s incomprehensible that we’d have a system that denies people the right to forge their futures in the country they call home. 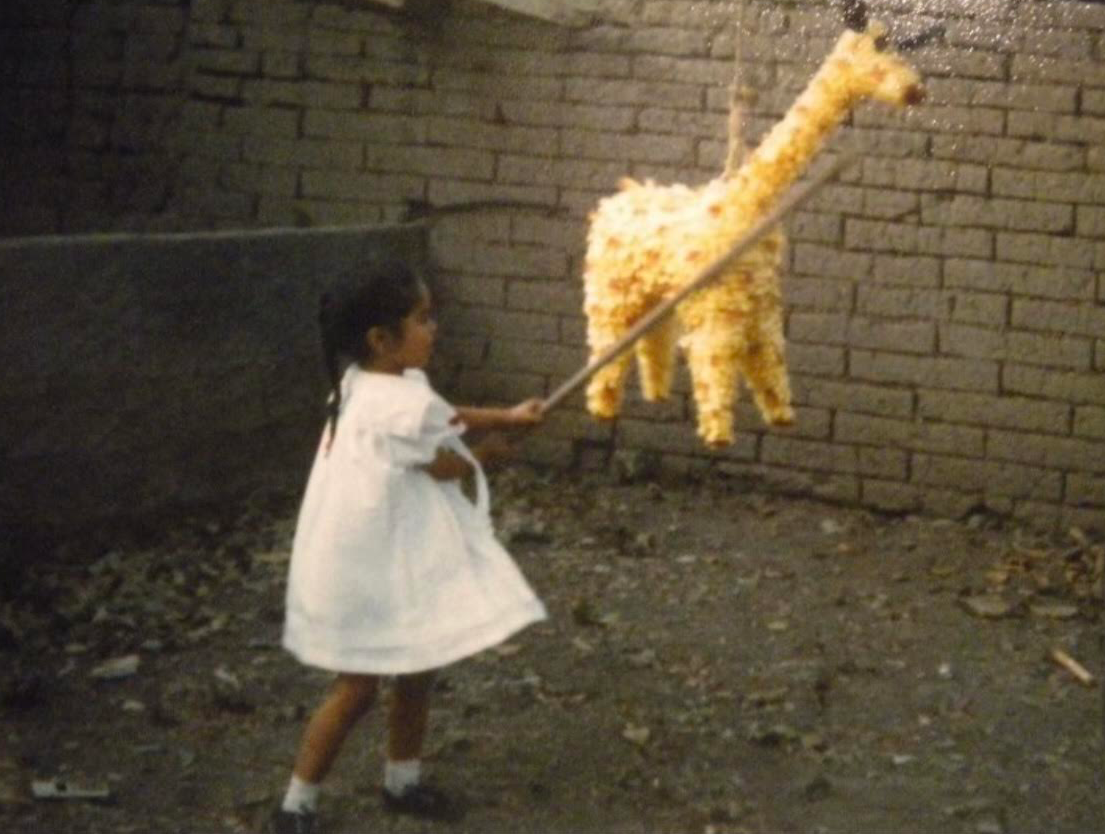 This National Immigrant Heritage Month falls on the 9th anniversary of DACA. I think about my undocumented peers, friends, and family with whom I walked onto graduation stages,  work alongside, celebrate holidays together, etc. I think about how they are even more American than I am because they’ve never even had the chance to visit their places of origin. And I think about how they deserve to thrive in this nation, free from the everyday burdens of being undocumented. 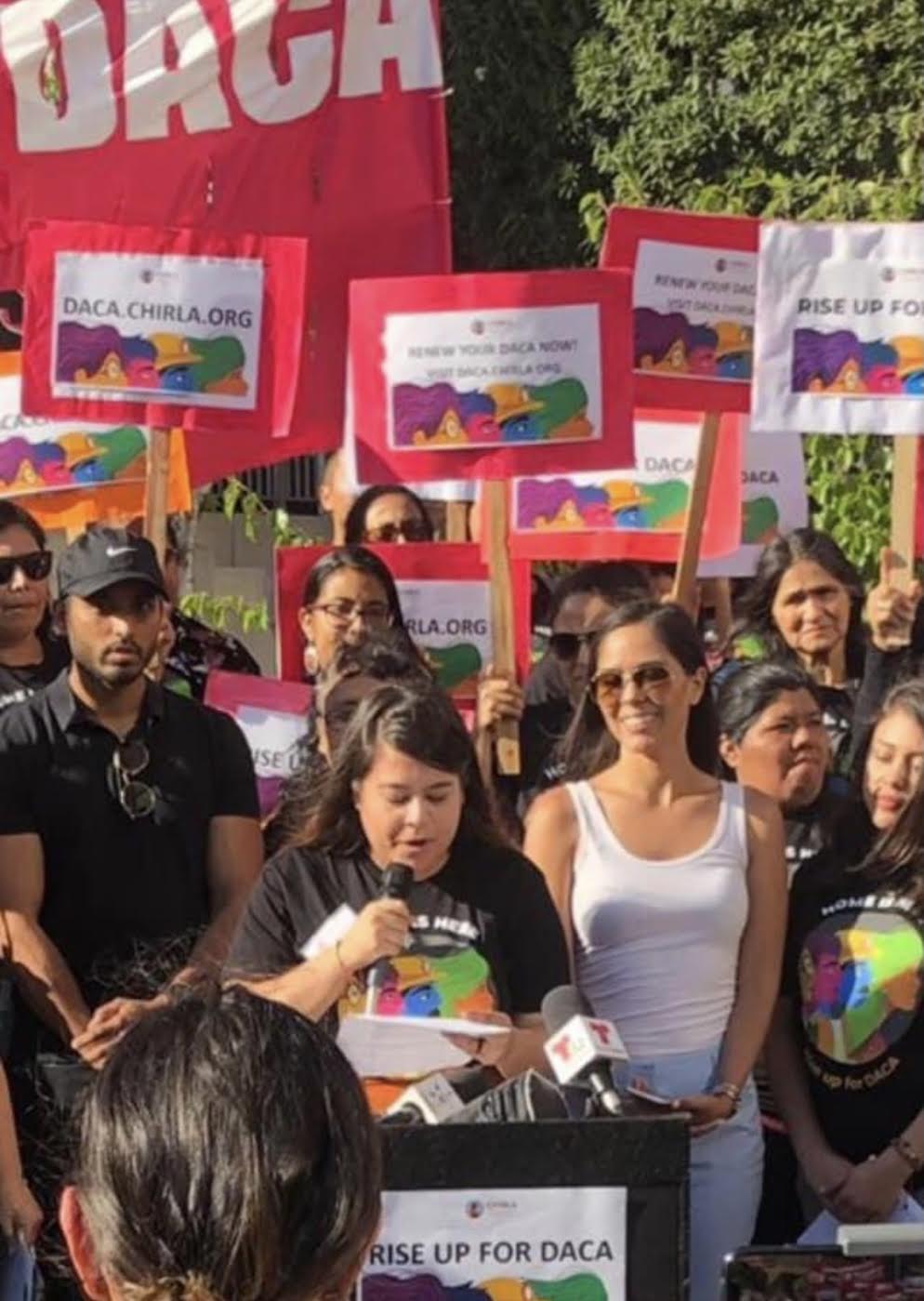 Karina prepares to speak at a DACA rally in Los Angeles.

There are so many unrecognized ways of being American, and consequently so many unrecognized Americans. In 2021, the immigration restrictions set on people who happened to be born elsewhere, particularly those who entered life in regions with lower earning capacities, seem absurdly archaic.

The White House proclamation also said, “It is vital that our Nation reflects on the leadership, resilience, and courage shown by generations of immigrant communities, and recommit ourselves to our values as a welcoming Nation.” The only way that we can truly honor our national values and our rich immigrant heritage is by creating pathways to citizenship for the undocumented members of all of our neighborhoods. Now is the time.

Karina Livier Martinez is the Director of Communications for Communities for a New California.