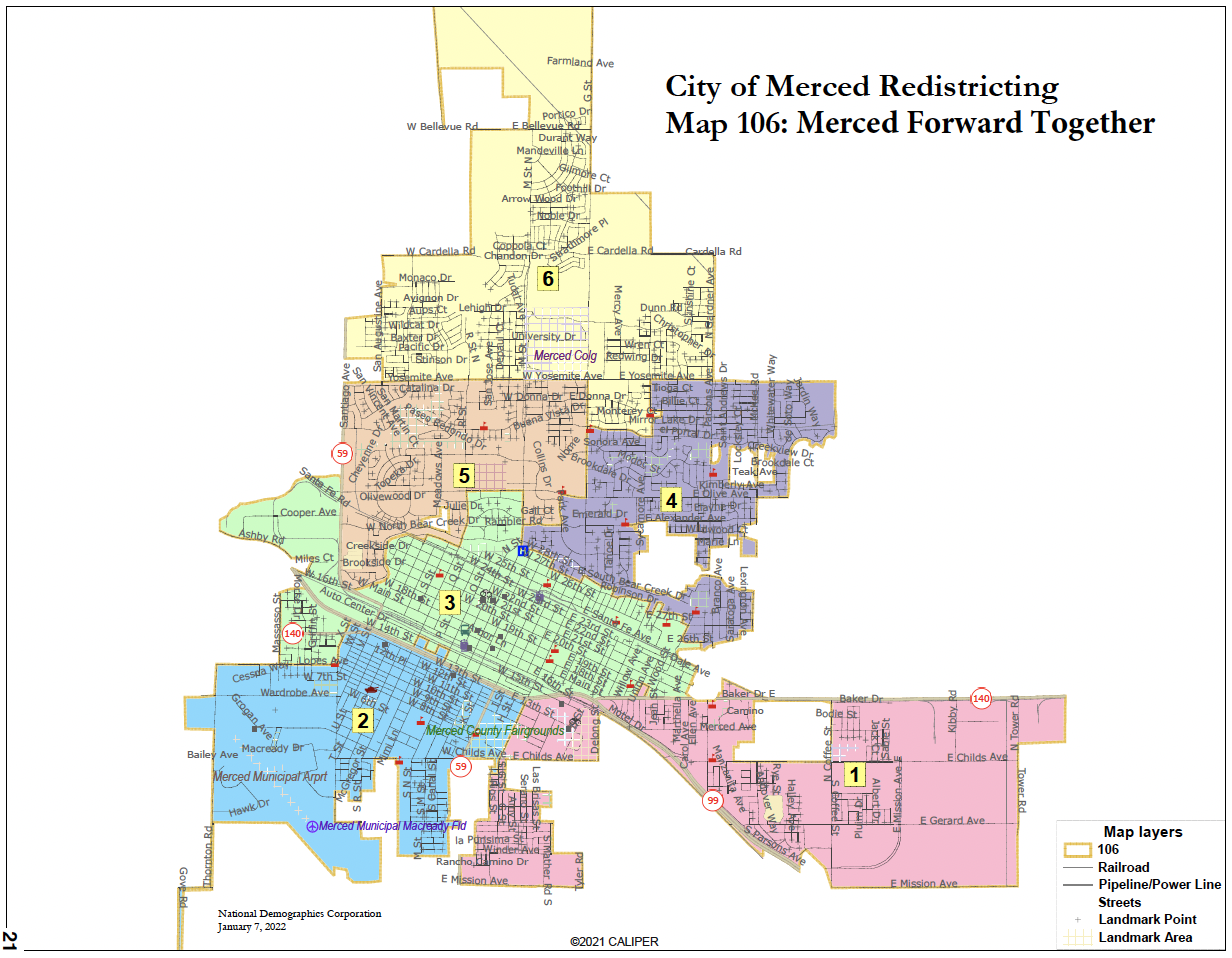 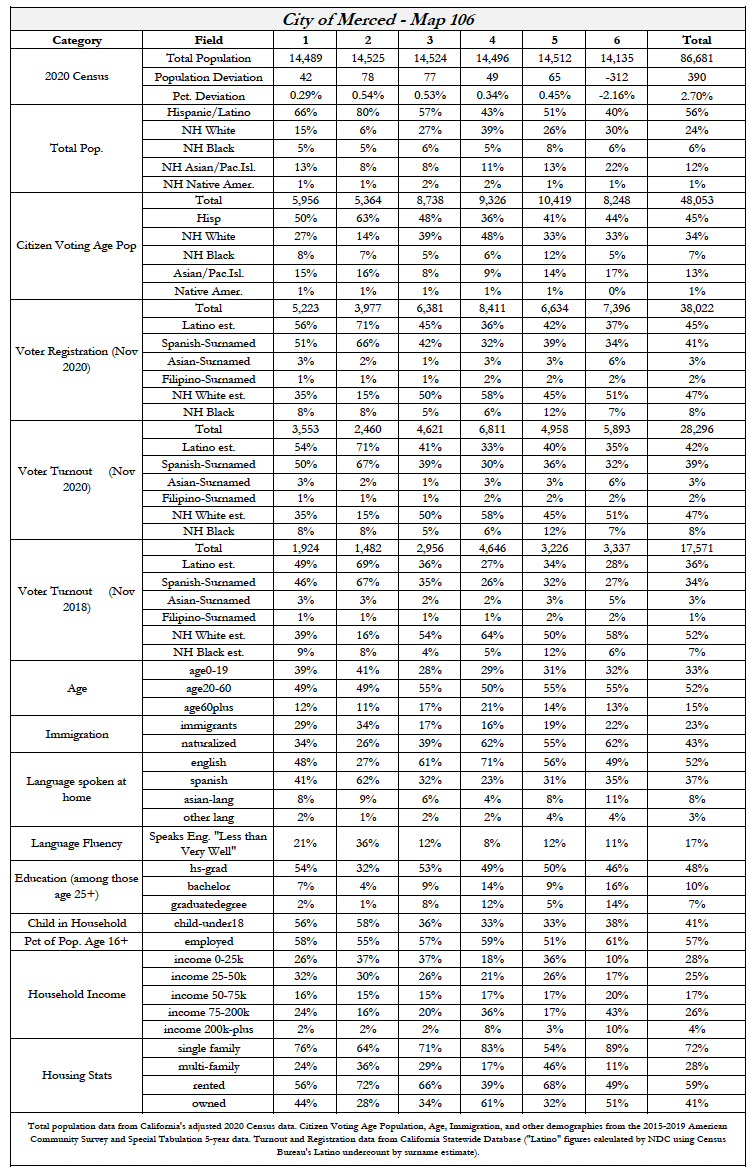 Communities for a New California Education Fund and Power California have brought residents together to inform a new city map that prioritizes keeping communities of interest whole, providing a more accurate balance of representation, and would ensure a smaller percentage of population deviation.

The Merced Forward Together map reflects community of interest notes from residents. An outline of specific changes are included below district by district.

The Merced Forward Together map brings together rural areas and residential areas into District 1 that includes diverse Hmong, Black, and Latino communities of interest and are in closer proximity to Highway 99. The shared boundary of District 1 and 2 has been moved to follow G Street down to W Swallow Street to balance each district's population.

The main district line division between District 1 and 2 will be G Street and from Highway 99 to Cone Avenue. We are making sure that District 1 schools, parks, and churches in these areas remain together at the request of Yosemite Parkway community families. The Grove community wants to make sure all local businesses around this neighborhood, including a range of hotel branches that generate income for our families, remain in this area as well.

District 2 fully brings together all of South Merced including the rural areas and fields in the south. District 2 is a coalition district that includes an intersection of multiple communities of interest such as Latino, Asian, and Black, low-to-middle income, multigenerational families working in the City of Merced.

This district brings together neighborhoods in Downtown Merced. District 3's north border is extended to W. 27th Street and Robinson Drive to keep both Hoover Middle School and John Muir Elementary together. The southern border is Highway 99. From the Westside it curves into Yosemite Parkway Avenue and the Eastside goes to Highway 59.

In this map, District 5 includes more working families from North Merced. The new southern boundary of District 5 follows Snelling Highway south-bound until it reaches NW Bear Creek Drive – the boundary then follows the creek until it meets the enacted line. This was done to keep all commercial/shopping centers together.

The Latino and Black communities of interest are included in District 5’s “Loughborough”:

District 6 includes both middle and higher-income neighborhoods. This district has experienced the most growth with a population increase of 15.88% since 2010, predominantly driven by student housing needs for UC Merced and Merced Community College students. To account for the population increase, the new boundary of District 4 and 6 follows E. Yosemite Avenue, Paulson Road, and El Portal Drive creating a -2.44% population deviation in District 6.