Victory! Fresno OK's deal to relocate meat-rendering plant out of a southwest neighborhood 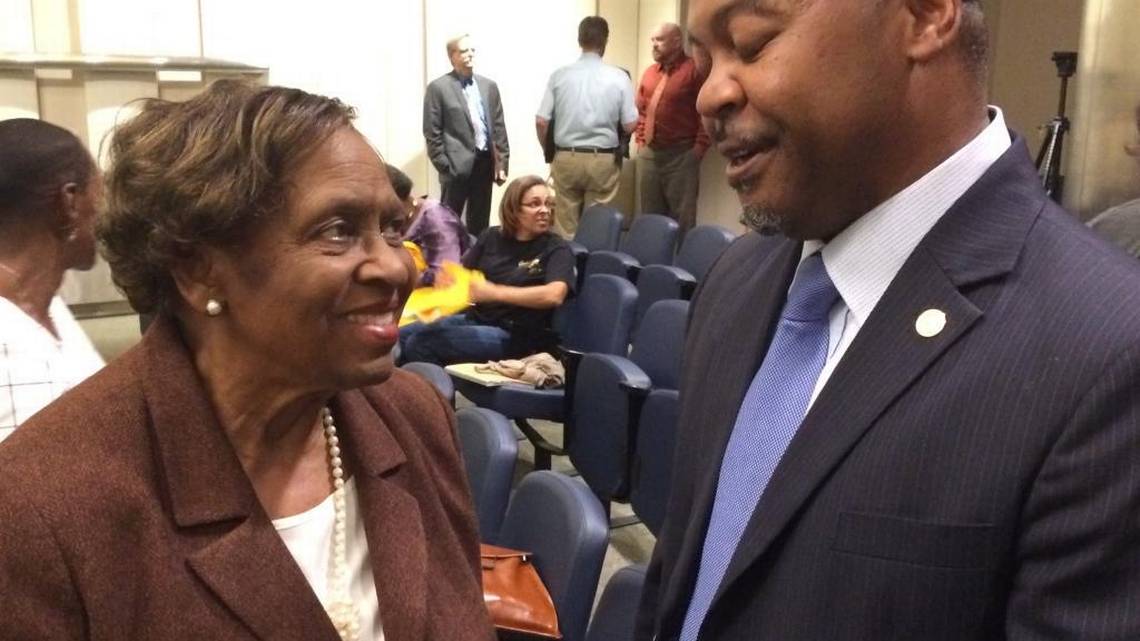 A deal to relocate a meat-rendering plant out of a southwest Fresno neighborhood was unanimously approved Thursday evening by the Fresno City Council, providing a victory for neighbors who for years have complained about odors.

The council approved a development agreement with Darling Ingredients, which runs the operation on Belgravia Avenue, as well as planning and zoning changes for the company to build a new plant about three miles west near Fresno’s wastewater treatment plant.

The Darling plant was the target of a lawsuit filed in 2012 by a group of residents, Concerned Citizens of West Fresno. That lawsuit will be dismissed after a new plant is operating and the old plant is shut down and decommissioned.

“This has been a very long process, and it started extremely contentiously,” Councilman Oliver Baines said. “To get to this moment today, … it is an important moment.”

Baines added that moving the plant has been an issue to which he has been committed – since he was elected six years ago – as a symptom of years of economic neglect of southwest Fresno.

“This has been the issue that has highlighted the disparity in treatment of one (part of the) community over another,” Baines said. “To move forward on the resolution of that issue is monumental.

“The community wins, the company wins, and our city wins.”

Darling’s plant receives animal byproducts – leftovers including fat, bones, and offal from slaughterhouses and meat-packing plants – and grinds, cooks and processes it into ingredients for animal food, fertilizer and fuel. The plant on Belgravia near Church and Fruit avenues occupies 5.22 acres, employs almost 40 people, and can process 850,000 pounds of material daily.

The proposed site near the wastewater treatment plant provides 20 acres, as well as an option for Darling to purchase an additional 20 acres. The development agreement with the city includes provisions for expanding the plant’s processing capacity to 10 million pounds per week, running 24 hours a day, six or seven days per week.

The workforce at the plant would expand to 60 to 70 employees.

Longtime southwest Fresno community leader Mary Curry, who has lived in the neighborhood since 1956, said she saw other parts of Fresno advance and progress for decades, but “I’ve watched the deterioration of the community I live in for the past 60-plus years.”

Curry, described by Baines as “the tip of the spear” in the battle against Darling and its odor impacts, said she had worked with the company for more than 12 years to resolve the problems. “I thank Darling and I thank the city because I believe we’re looking at a new day in west Fresno,” she said.

It could, however, still take two years for the company to open a new plant. In addition to applying for and receiving federal tax credits needed for the relocation to make financial sense, Texas-based Darling Ingredients also must submit building plans, get building permits and construct the plant.

“Everything pivots on (Darling) getting about $9 milion in tax credits to buy down the cost of the project,” said Bruce Rudd, Fresno’s former city manager who is now serving as interim assistant city manager.

In addition to providing land to Darling, the agreement approved Thursday also rebates property taxes on the new site to Darling, as well as sales taxes for equipment that the company buys locally to equip a new plant. Darling also will get a break on development fees and building permit fees on a new plant.